HIGHS AND LOWS AT THE RED BULL RING 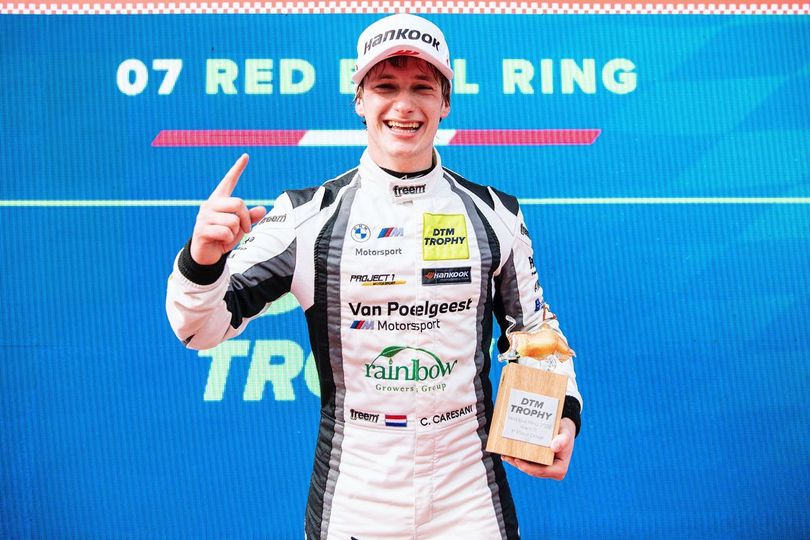 With a third season win at the amazing Spielberg track, Colin Caresani was ready to battle for the championship title.

After his pair of wins at Imola, Caresani brought back the excitement in the battle for the DTM Trophy title with his third win of the season. He reduced the gap to points’ leader Tim Heinemann (GER) with the Toyota to only 32 points with three races still remaining.

“That was a great race. These points are exactly what we needed,” Caresani said. “I made a huge mistake at the restart, that was really stupid. After that, I was very lucky to get back in front again. The car was really good. This shows that everything is perfect when we get it right with the tyres. However, I don’t want to think about the championship yet at all. On Sunday, we want to score the maximum of 29 points if possible.”

Unfortunately, faith decided otherwise. During a quite successful and exciting race and with only 12 minutes to go, Colin was unable to finish due to a technical failure. A big disappointment and possibly a deciding event in the championship.

In the two remaining races at Hockenheimring, a maximum of 58 points can still be won.