THE BATTLE AT THE NORISRING 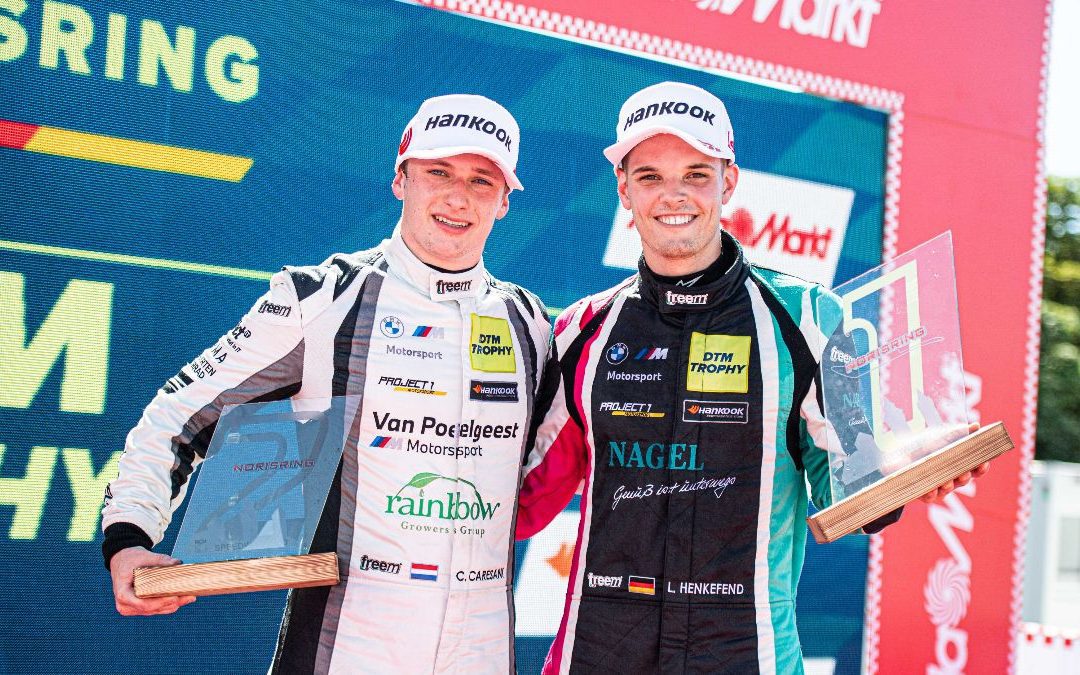 Many incidents caused 7 cars to retire during the race. On a track where there is not much room to secure stranded cars, this had a major impact on the race – more specifically on not being able to race due to safety car situations.

The two Project 1 BMWs with Colin Caresani (NLD) and Louis Henkefend (GER) ended up in fourth and fifth place respectively.

BMW driver Louis Henkefend won the DTM Trophy race at Norisring on Sunday. After 29 laps, the German was classified as the winner of the sixth race of the season in the talent pool on the DTM platform. Teammate Colin Caresani rounded out the double success for the Project 1 team by finishing second.

Toyota driver Tim Heinemann, points’ leader prior to the race, was first across the finish line. Due to a five-second time penalty because of a collision, he dropped back to fifth. Theo Oeverhaus suffered from the same fate and classified sixth.

The battle between Caresani and Heinemann at the top of the standings continues. After six of the season’s 14 races, the Colin is on top with 99 points with Heinemann only one point down.

The next DTM Trophy round will be held at Nürburgring at the last weekend of August.