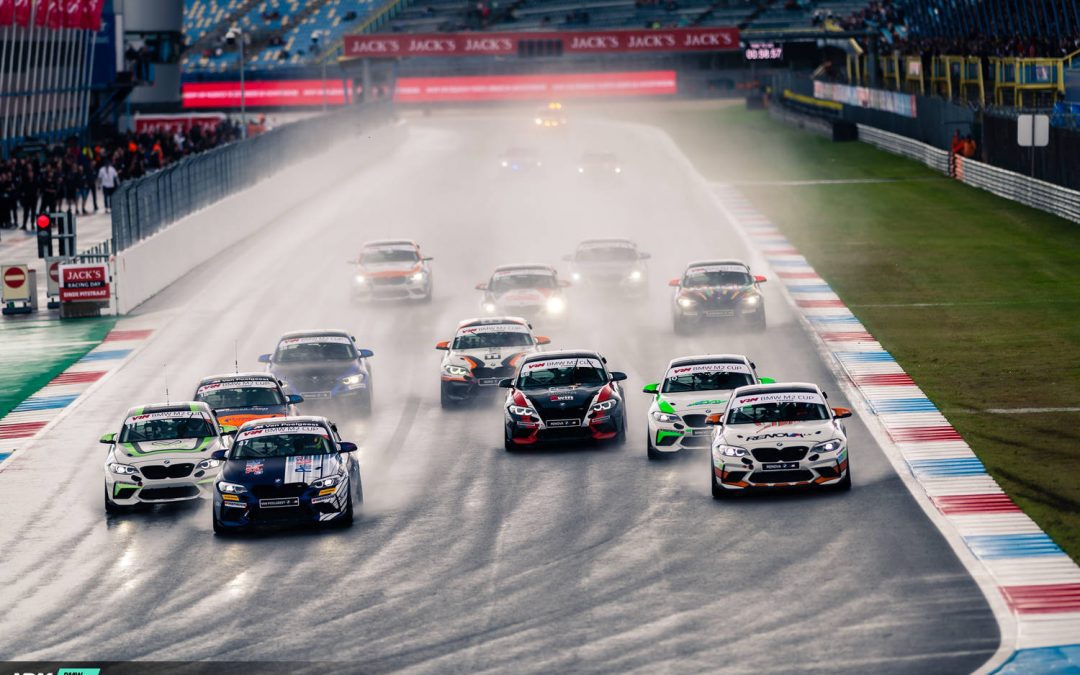 Colin Caresani has won the second race of the VRM BMW M2 Cup at TT Circuit Assen. Caresani passed the finish line first, but seemed to have to let go the win due to a penalty of five seconds. Lorenzo van Riet, who finished second, was given an even higher penalty and Caresani ended up on the highest step of the podium.

The first race of the weekend also seemed to be his. The winner of three races crossed the finish line first on Saturday, but was then penalised by 30 seconds for a too short pit stop, leaving Caresani seventh.

The starting grid for the second race in the VRM BMW M2 Cup is determined by the second fastest lap of qualifying, which, due to the many lap times that were deleted (due to exceeding the track limits), in some cases provides a striking picture. Colin started from the last row, as were Daan Pijl (starter)/Tomasz Magdziarz, both cars going for a catch-up race.

The start of Race 2 seemed good, but in the first corner things went wrong. Vandenbalck is the instigator when he brakes too late and drags the leaders Oosten and Van Riet with him. Several BMW’s spin over the asphalt and Van Riet and Oosten have to join the rear of the field.

It is clear that Caresani and Pijl have driven around the crashes and have been able to make up a lot of places.

After 15 minutes Warmerdam leads, with Caresani less than a second behind and Van der Ende more than three seconds behind. While Caresani gets a track limit warning, he does catch up on Warmerdam and takes over the lead.

After the compulsory pit stop, Caresani and Rappange immediately make a gap to Veels, who is soon passed by Van Riet. Rappange clearly has no intention to let Caresani go and even attacks the leader. Soon, Van Riet puts up a fight with Rappange and Caresani takes advantage and takes over the lead.

Due to violation of track limits, the race leader gets a time penalty of five seconds.

In the last lap Van Riet has managed to bring the gap to within five seconds and can claim victory. When the flag falls, Caresani crosses the finish line first, but the difference with Van Riet is only 3.8 seconds, so after adding the 5 penalty seconds, the win goes to Van Riet. However, after all track limits violations and incidents were studied, many more drivers received penalty seconds, including Van Riet. This only affected the top three, with Caresani taking the win ahead of Rappange/Warmerdam and Van Riet, who dropped to third.