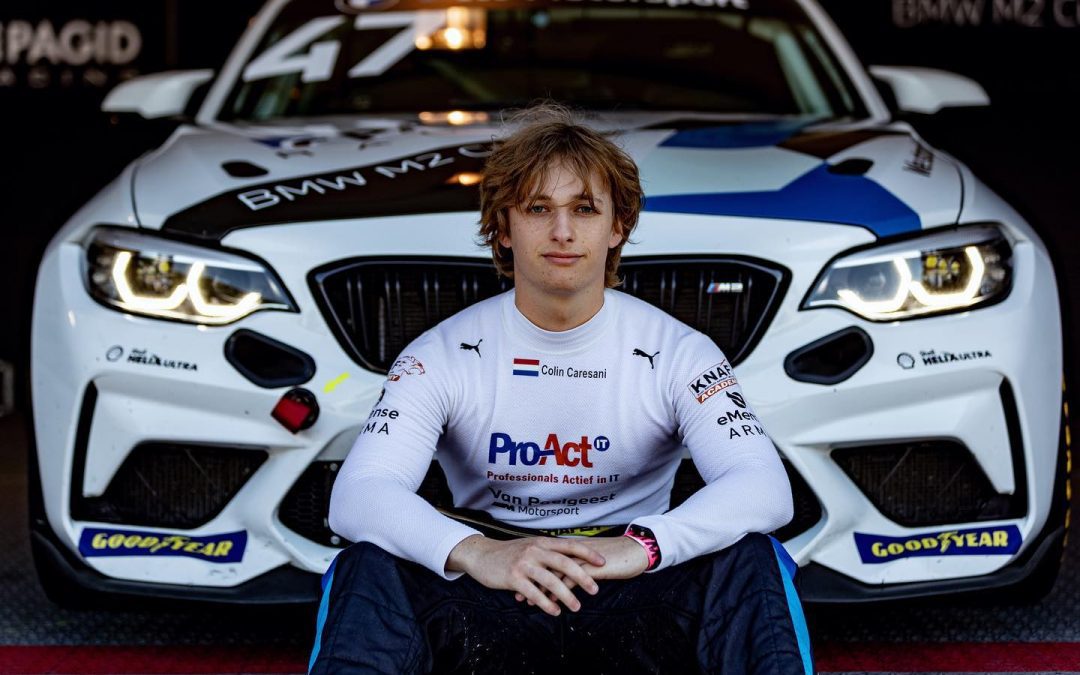 The first race of the BMW M2 Cup at the Red Bull Ring couldn’t have ended in a more thrilling way: there was only one lap left for the 16-strong field to settle the battle for the positions after 30 minutes of racing between them. Eventually, two youngsters were in front. Theo Oeverhaus won from Colin Caresani – competing in this international field for the first time – and leader in the championshop Louis Henkefend.

“Excitement all the way until the final lap, one couldn’t ask for more,” series manager Jörg Michaelis said. “Our drivers have staged an entertaining race against the backdrop of a beautiful scenery. That two of the youngest drivers in the field come out on top proves that the cup is the ideal platform for making first steps in professional motorsport.”

Colin, qualifying at pole position, but set back to 7th place grid after a pitlane infringement, fought back to the 2nd place in an exciting battle. After lap 14  and with only one final lap of racing remaining, there were three drivers still fighting for the podium slots. Eventually, series’ newcomer Colin was second across the finish line. With a remarkable overtaking manoeuvre, Louis Henkefend still claimed third place. Davit Kajaia and Fabian Kreim rounded out the top five with Nick Hancke and Rodrigo Almeida next up.

No luck in chaotic 2nd race on Sunday

A pair of safety car interventions, plenty of warnings for track limit infringements and eventually a long list of penalties: the second race of the one-make trophy at Spielberg remained a real thriller until the final seconds. In the closing stages, the order in the field was mixed up considerably once again.

The turmoil in the field behind leader Oeverhaus lead to a 7th place for Colin Caresani. Obviously not happy with the result of the second race, he stated: “Still a slight smile on my face because this weekend besides today was absolutely amazing. We were the fastest in the front every single day and we showed the skill we have.”

Assen is the next tour stop on the BMW M2 Cup schedule. The TT circuit will be hosting the ninth and tenth race of the season from 17 to 19 September, the penultimate race weekend on the calendar.