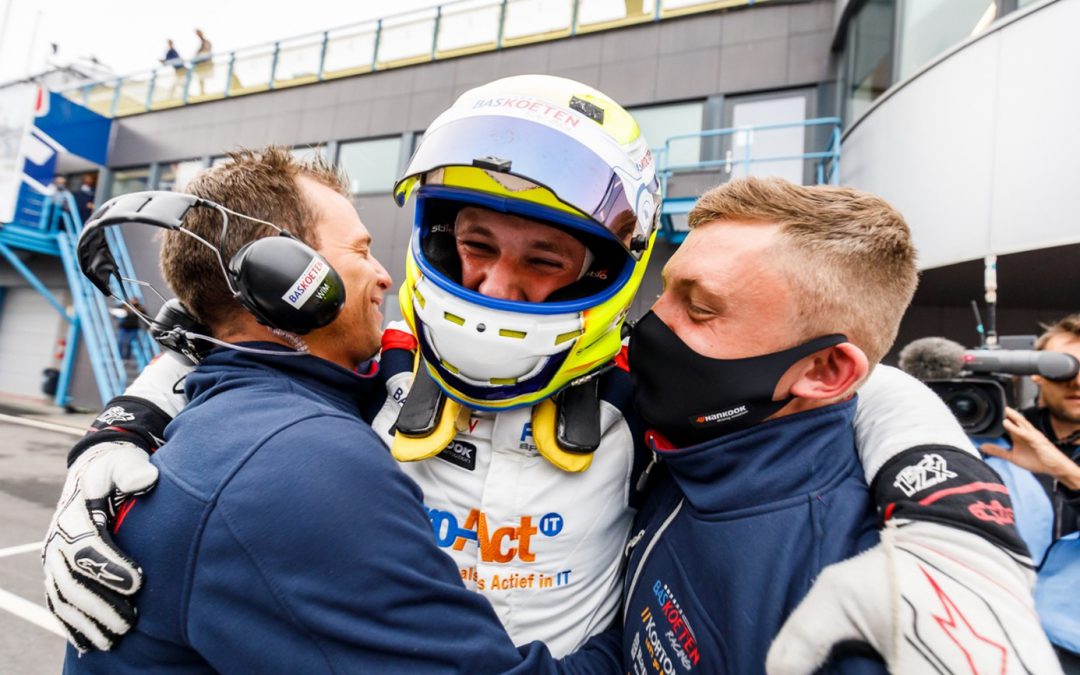 After losing the first race by 0.014 seconds on Saturday after an exciting duel with Dylan Derdaele, Colin Caresani showed on Sunday that his top form leads to victory.

The Ford Fiesta Sprint Cup saw two thrilling races at the Gamma Racing Days at TT Circuit Assen. In the first race, the Belgian Dylan Derdaele finally wins the race with 14 thousandth after a lap-long duel with Colin Caresani.

Pretty soon after the start a leading group of five cars was formed and Caresani took the lead.

After a safety car situation due to a crash by Alexander Borgmans, the entire field again comes together. With 5 minutes left on the clock, the battle between Caresani and Derdaele remains very exciting.

In literally the last meters, Dylan Derdaele crosses the finish line next to Colin Caresani. It is impossible to see who is first, but the photo finish turns out to be in favor of the Belgian. He wins the match with a lead of 14 thousandths. 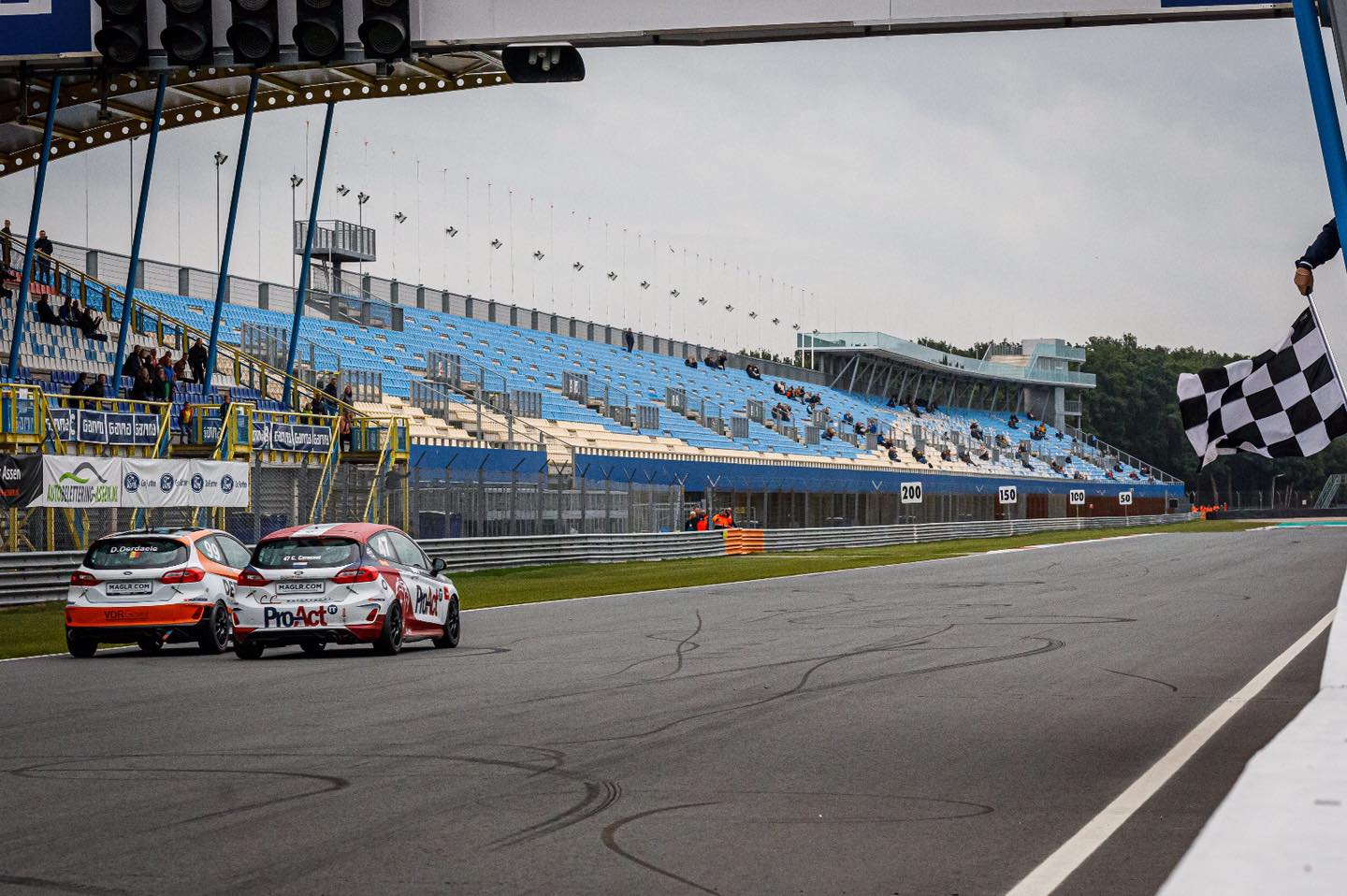 The last race of a weekend is not the favorite of drivers and spectators. Although the race didn’t start until 5:30 PM, it became a highlight of the event: sportsmanlike  and exciting till the last corner. Colin Caresani was the big man of the second race. After a great start, the Bas Koeten driver was battling with Rik Koen the entire race. Both 16 years old, these two youngsters put on a brilliant show that lasted till the finish line. Caresani blocked all attacks and rightly won this great race.

Rik Koen starts from pole position, with Belgian driver Kenny Herremans next to him. The second row is formed by Colin Caresani and Dylan Derdaele.

Colin Caresani has a great start and takes the lead from the third starting position. After a longer safety car situation, the race is extended by five minutes.

After the restart, Caresani remains sharp and forms the leading group with Koen and third man Herremans. Laurens de Wit passes the leading Belgian after the Ruskenhoek.

It is an exciting spectacle. Colin Caresani and Rik Koen battle hundreds of meters side by side for the lead, but keep each other’s material intact despite exchanging some paint. Brilliant motorsport between these two young drivers, who change positions twice.

Laurens de Wit is also involved for the first position and attacks Rik Koen. With five minutes left on the clock, the competition between these three continues relentlessly. Wonderful motorsport for the people who stayed for this last race. Koen puts the pressure on Caresani again, De Wit has to hand in a few meters.

Colin Caresani stays focused till the end and despite all the attack attempts by Rik Koen, defends his leading position superbly. Caresani wins for Rik Koen and Laurens de Wit. 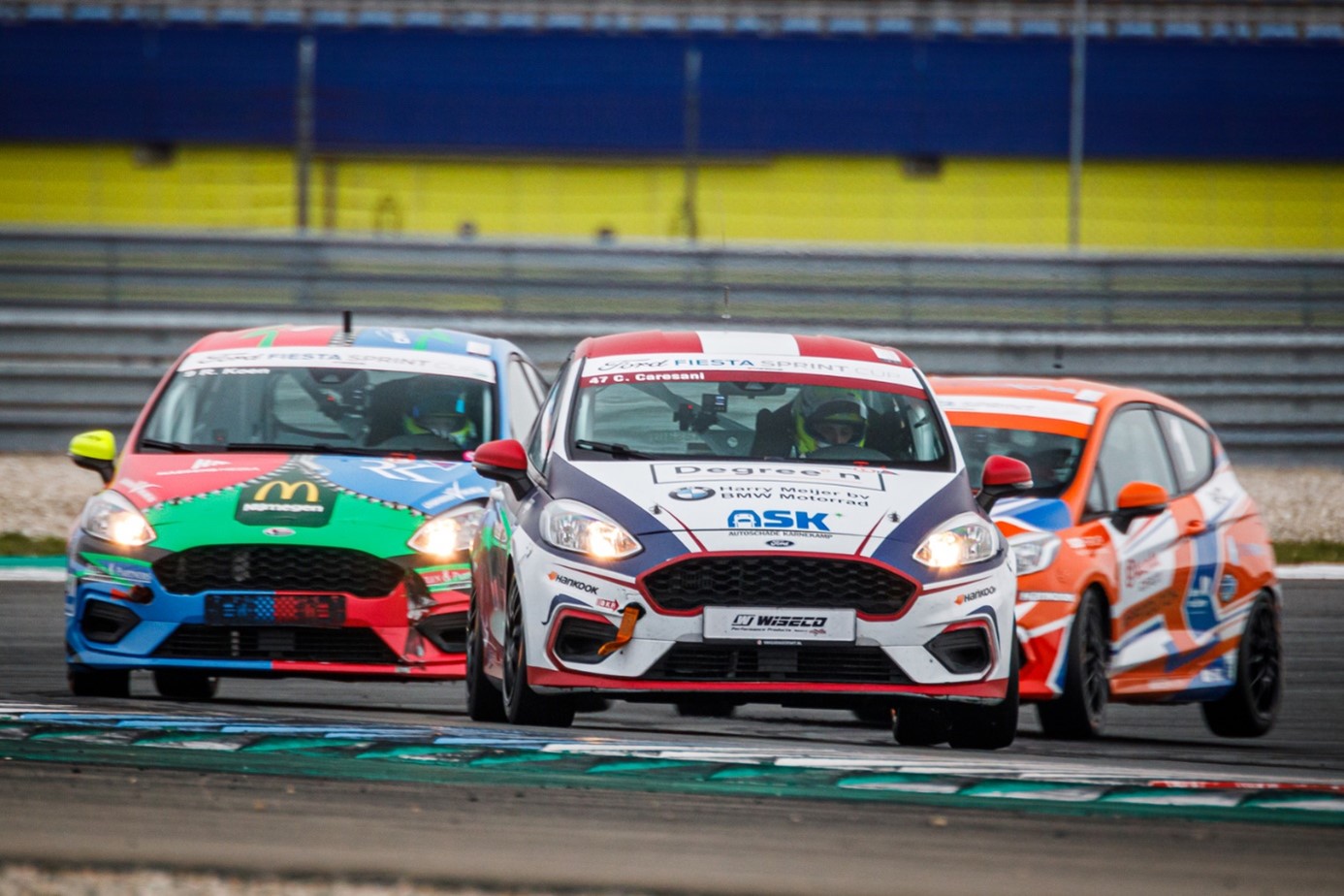 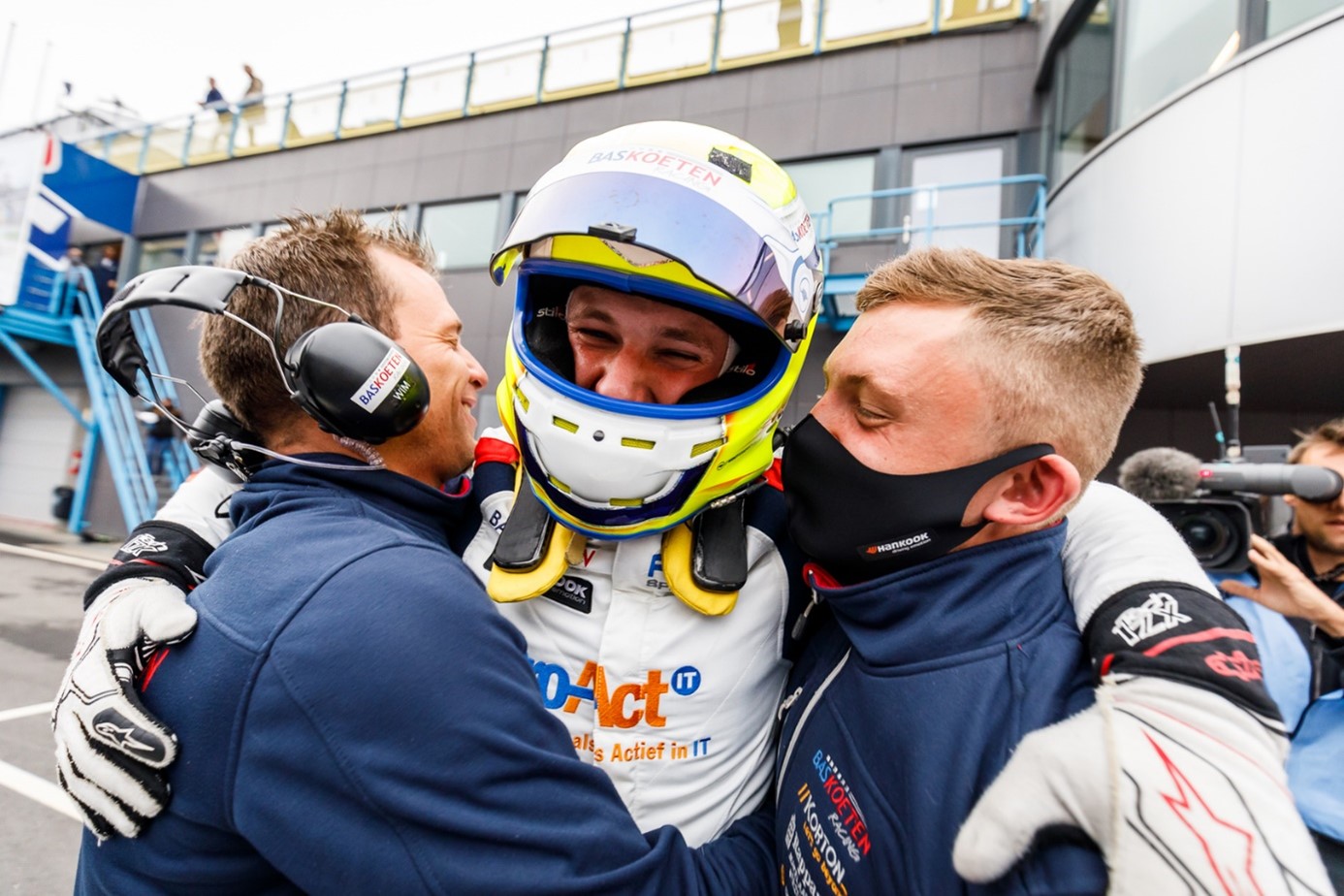